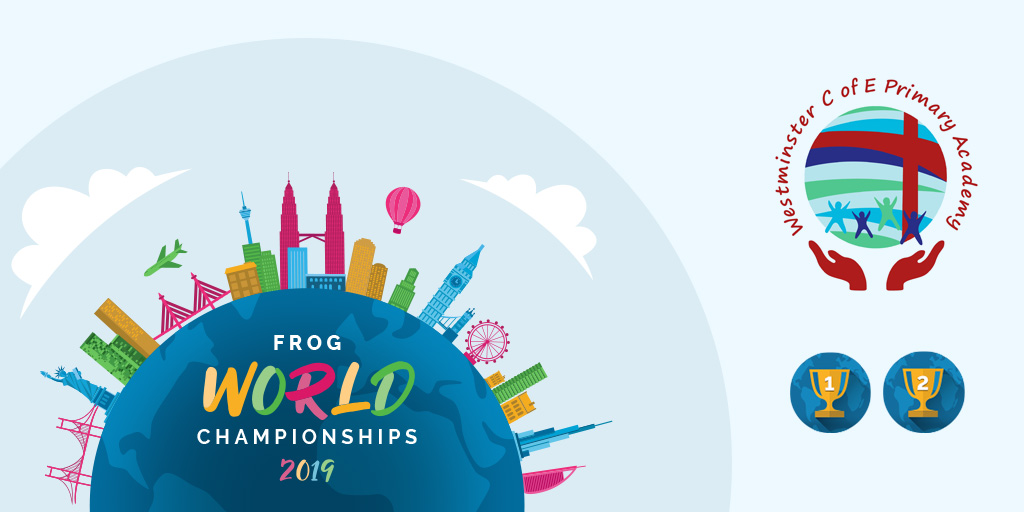 Westminster C of E Primary Academy in West Yorkshire took part in the FrogPlay World Championships for the first time in March this year when two of their pupils emerged 1st and 2nd place against 1 million competitors worldwide.

The pupils had to complete quizzes and homework linked to their schoolwork. Each quiz successfully completed boosted individual and school scores on the worldwide leaderboard. FrogPlay uses games-based learning to motivate pupils, rewarding them with game play as they go, which encourages them to do more and try harder because they are enjoying the experience.

Westminster Primary Academy had invested in FrogPlay just months before the competition, looking for a homework solution that would support independent learning and engage parents. Located in Bradford, West Yorkshire, the school is in an area of high deprivation with many pupils new to country or with English as a second language.

The school used the competition as a way for teachers, pupils and parents to get more involved and to strengthen home-school links. It was announced in assembly and in parent communications so everyone could get behind it, but no-one was prepared for the outstanding results that were to come!

“We found we had a few very competitive pupils with 3 or 4 of them seriously starting to clock up the hours on Frog.”

The two winning pupils from year 5 and 6 respectively accumulated 350-400 hours each during the competition, often choosing new topics that had not yet been covered in school and helping the school clock up an impressive 2,500 hours of learning activity.

The pupil in second place was in an intervention group before the competition but is now achieving a greater depth standard since his time using FrogPlay.

“He started off in standard and made his way up to the advanced level. This has improved his grammar, speech and spelling which is excellent as these quizzes are a stress-free way to learn.”

With the competition supporting SATs preparation at the school, there’s high hopes for a long-lasting effect. Claire Greenwood concludes:

“Frog has definitely had an impact on particular groups of children, especially those with challenges around IT use and parental support.” She continues “In most cases where we’ve had strong pupil engagement, we’ve seen a big impact, so we need to expand on this success.”

Competition across the school was high with engagement from pupils of all ages completing quizzes from every subject. One parent commented “what we don’t know about the Tudors now isn’t worth knowing!”

Steve Holt, Deputy Managing Director at Frog Education is delighted with the engagement in the competition from UK schools:

“With over 1 million students from 7,500 schools competing in 14 different countries, the achievement made by the pupils at Westminster Academy is extraordinary.”

“The results speak for themselves, FrogPlay is an excellent way to motivate and engage children in independent learning.”

The impact is not only felt at pupil level as he explains:

“Giving teachers access to curriculum mapped quizzes makes homework setting and marking much easier and ties with the government drive to reduce the huge admin burden suffered by teachers across the country”.

Teachers at Westminster were similarly taken with FrogPlay as it helped them to identify knowledge gaps in order to prioritise and optimise valuable class time to ensure focus on the real areas of need.

We only need 15 minutes of your time to demonstrate the value FrogPlay will bring to your school and pupils.

Back to Blog Listing

Don't worry about 'getting ready' for September say Ofsted