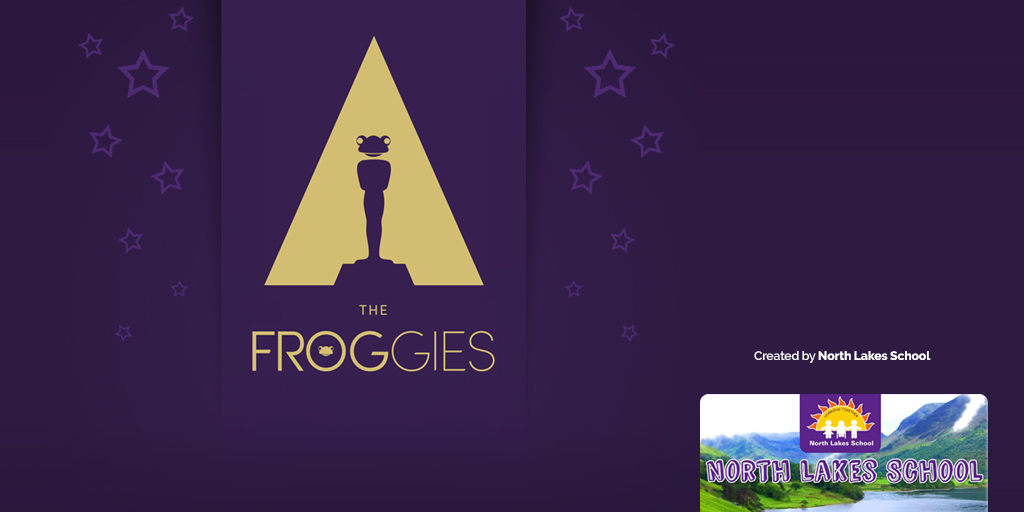 After schools had closed and home learning activities commenced, North Lakes were looking at a way to encourage engagement in addition to the existing school reward system.

The solution needed to be inspiring and visible to all children on their Frog timelines. An idea was surfaced to create an 'Oscars' themed awards which would become known as "The Froggies".

In the lead up to Easter, the Frog timelines were adorned with 'coming soon' messages so children and parents became intrigued.

Everyone can be awarded Froggies with 5 different types to collect:

Frog of the Day

Teachers are to recommend a child they believe deserves 'Frog of the Day' through their online learning activity. These are sent to the Online Lead via the messaging system.

Children can earn these certificates by completing their online activity on Frog. Each week the Online Lead looks at everyone's login information and awards the certificates accordingly.

The Froggies are posted to the child's personal timeline, so it appears as a notification that they can look out for. Their achievement is also posted to the class timeline and the children are encouraged to make a comment on their award.

A dedicated site called The Froggies is a place to view all of the awards that have been issued, like a 'hall of fame'. Children and staff can also share comments here and interact with one another.

Awards are also celebrated on the school's social media channels which is helping to create a real sense of excitement about who can earn a Froggie next.

In the second week post launch, the school had received 8,000 logins which shows really positive engagement as the idea starts to take off.

Thanks to everyone for your support with Home Learning this week! Our FrogLearn has received over 7500 visits! We have loved seeing all of your timeline posts keep sharing with us! Stay Safe & Well. From us all at NLS! @FrogEducation #cumbria #StayHomeSaveLives #edtech50 #edtech pic.twitter.com/MkZCzYeKo5